Stock markets, commodity prices and cryptocurrencies all experienced a volatile May, first climbing strongly and then selling off sharply as inflation fears surged and then subsided. Headline US consumer price inflation came in at 4.2%, well above the US Federal Reserve’s 2% average target. Cars and food were the main inflation drivers with the 10% month-on-month increase in the price of second hand cars contributing one third to the overall increase in the Consumer Price Index (CPI). Our exposure to global inflation-linked fixed income securities with a bias to the US has benefited from the inflation trends since the end of February and continues to gain value.

US Inflation sees highest levels since 2008 – Consumer Price Index for all urban consumers, % change from a year ago 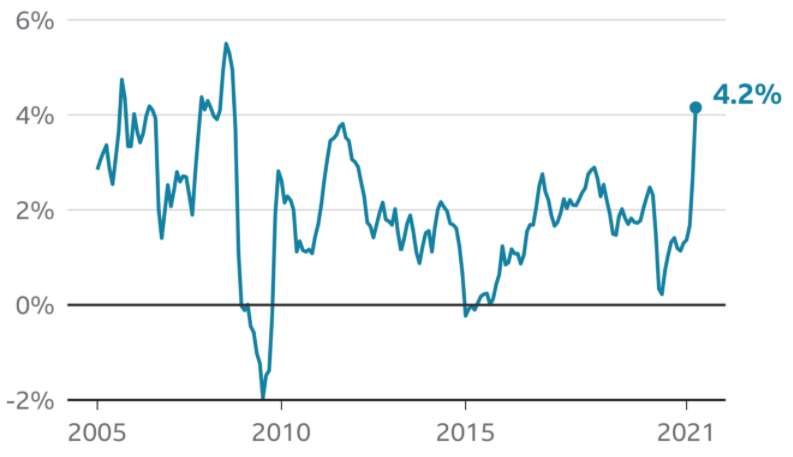 Source: US Bureau of Labor Statistics

Central bankers and economists are convinced that supply shortages in key areas of the economy are behind many of the price increases. While these may continue into the third and fourth quarters, their view is that these will not have a persistent effect on prices as manufacturers adapt to post-COVID-19 demand levels. The most acute supply shortages have been in semi-conductors and consequently exposure in the New Horizon fund has been added to Dutch multinational ASML which develops photolithography systems used in the semiconductor industry. The shortage has affected a broad swathe of manufacturers in industries ranging from autos to smartphones to white goods such as washing machines. Contributing to the rising price of semiconductors is the hoarding of chips by manufacturers eager to ensure they have sufficient supply in a period of uncertain demand. As worries about supplies have mounted, so have concerns about chip production, the bulk of which occurs in a limited number of countries and by a handful of suppliers. With shortages expected to last for at least the next few months, Goldman Sachs has estimated that at least 169 industries have faced disruption with a potential 1% negative impact on US GDP this year.

Where Chips are Made, Then and Now – Estimated % of global semiconductor manufacturing capacity by location in 2000 and 2020

The steep increases in commodity prices have also contributed to upward price pressures globally, with the Bloomberg Commodity Index 17.2% up for the year to date. The copper price has seen the highest gains of the commodity basket due to its use in renewable energy solutions although it did retreat from highs achieved earlier in May.

Copper price comes off the boil 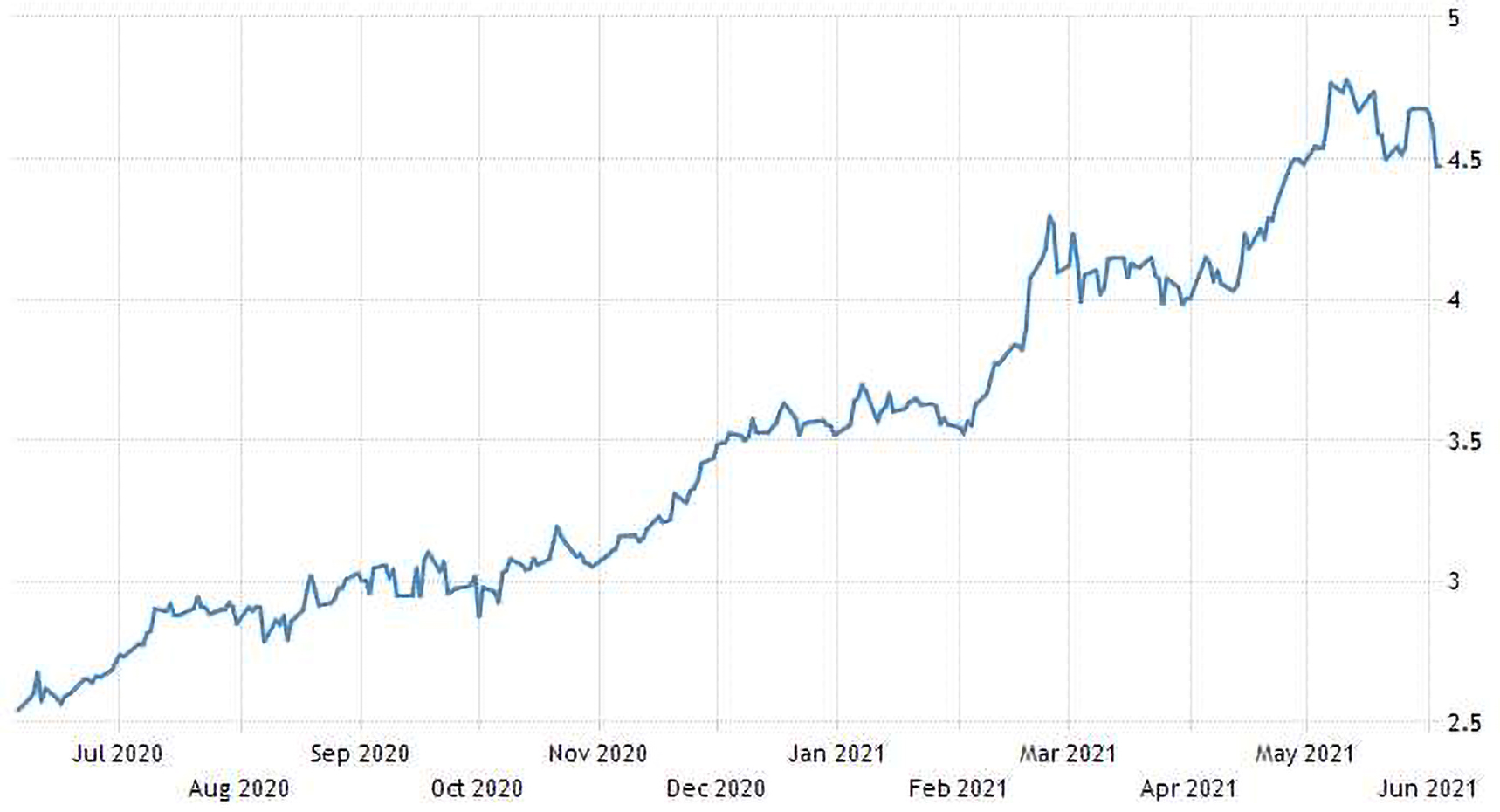 Sharp moves in cryptocurrency on comments from Elon Musk 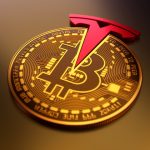 The assets dominating the news and proving most volatile in May were the cryptocurrencies, with Bitcoin the highest profile. The price in April had shot up to almost $65,000 when Elon Musk went public about making a $1.5bn investment into the world’s largest cryptocurrency. It then crashed after he criticised the energy consumption associated with its mining interests and announced that Tesla would be suspending payments using the Bitcoin token.

Bitcoin’s fortunes were also adversely affected by the tough regulatory stance adopted by the Chinese government when it warned financial services companies that they were not allowed to accept Bitcoin payments. China also reiterated its commitment to positioning its Central Bank Digital Currency as the digital payment of choice. While the New Horizon fund is continually adding exposure to companies involved in the infrastructure used by cryptocurrencies, including exchanges and mining, it does not directly invest in the coins themselves.

The aim is to benefit from the ongoing developments in blockchain technology with its widespread applications, and to regularly realise profits to capitalise on share prices spikes, while avoiding the specific risk and volatility of individual digital currencies. Events in May highlighted that, until the global economy and financial markets have come out the other side of the pandemic, sentiment will remain extremely volatile. For the rest of the year, global economic growth, which is showing very little sign of waning, may well remain a fundamental underpin for stock markets. One cloud on the horizon for corporate earnings is the impact of President Biden’s proposed tax increases, but for now the focus is elsewhere.