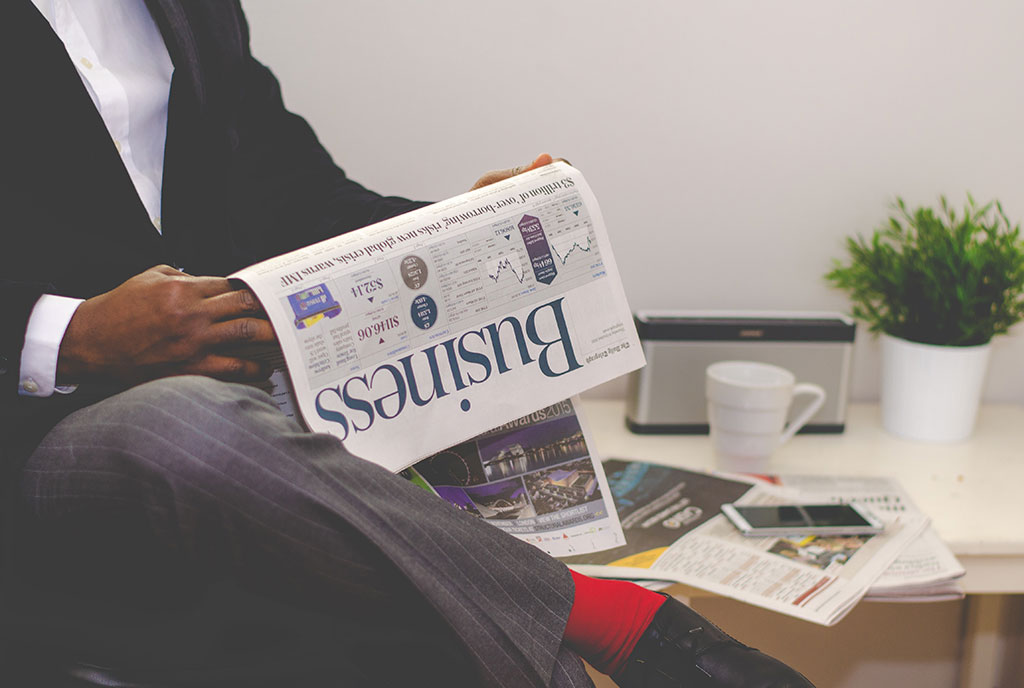 The latest World Economic Outlook released by the IMF in late July highlighted the still growing divergence between advanced and emerging market economies.

At a global scale, it maintained its forecast 6% growth rate for the world, while upping the rate of growth expected from advanced economies and reducing it for emerging markets, particularly emerging Asia. It sees rates of vaccinations as having a big impact on the different macro-economic experiences across the world. 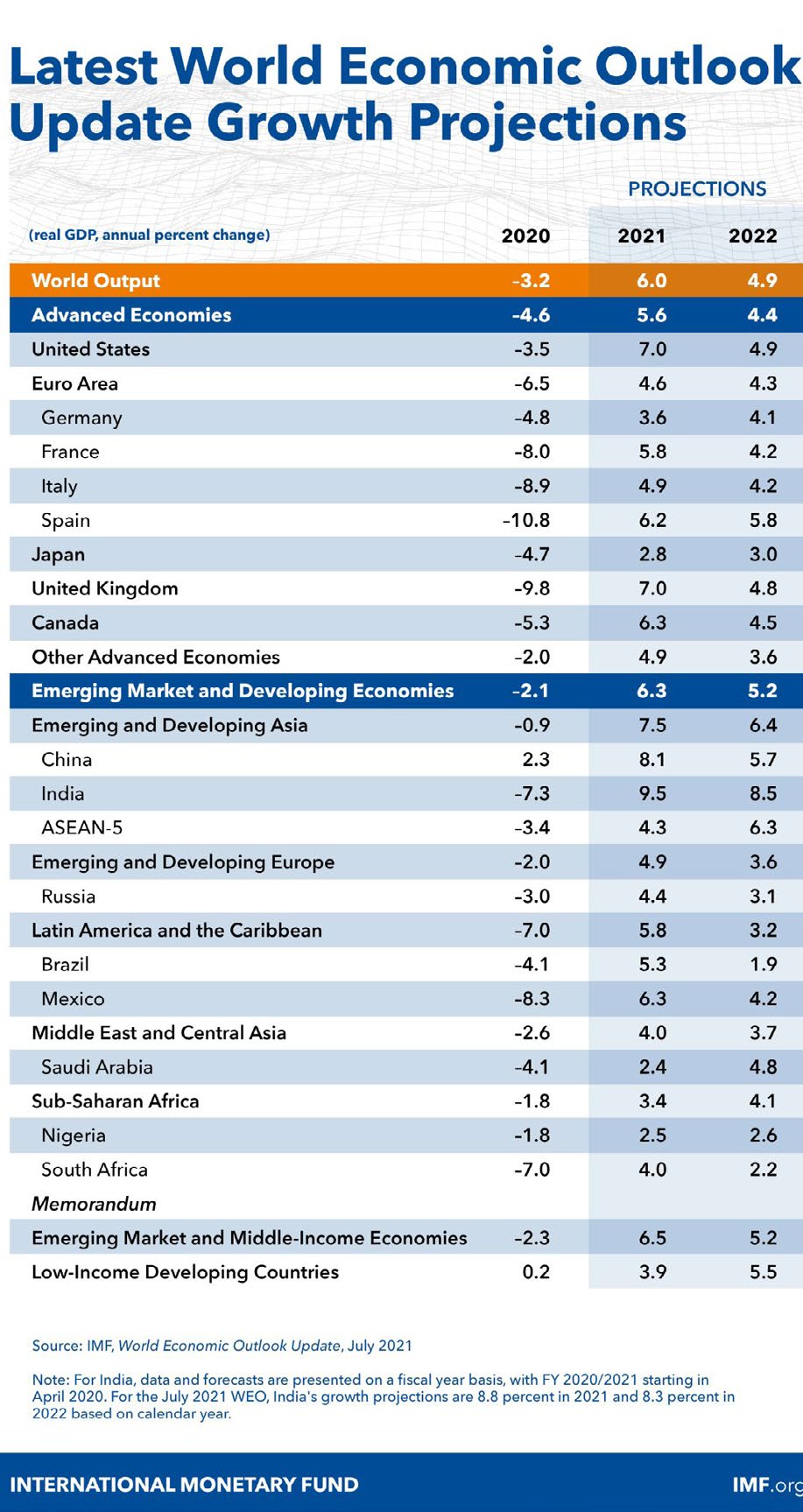 In the US, growth came in at 6.5% for the second quarter – two percentage points lower than economists’ projections but seen as a solid performance for the world’s largest economy. The shortfall was ascribed to the clogged supply chains that are slowing down inventory rebuilding. 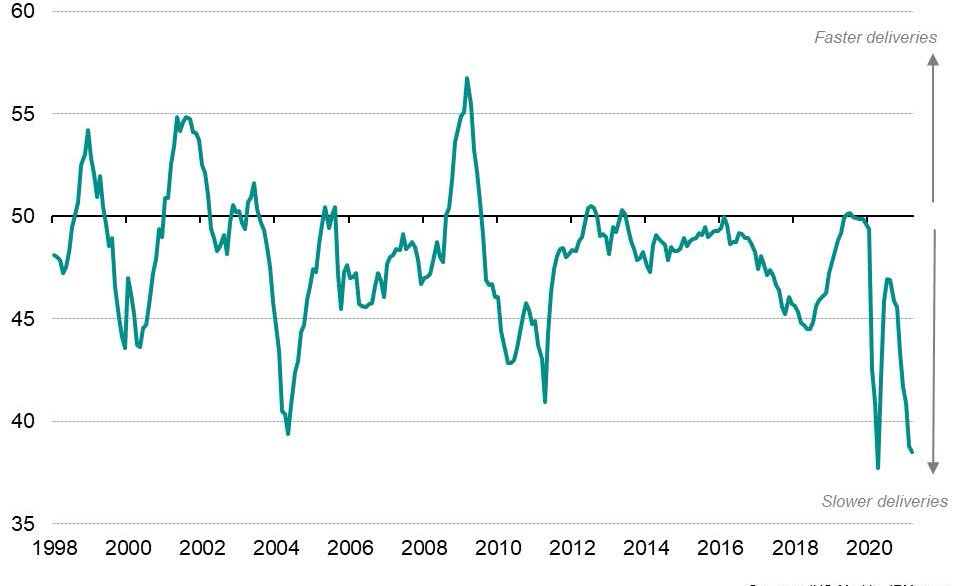 As an indication of the buoyant demand that is resulting in supply constraints, consumer spending soared for the second quarter, with spending on goods up 11.6% and services, including restaurants and airfares, 12% higher.

Spending levels are being underpinned by the trillions of federal rescue money that has been introduced into the US economy.

In stock markets, it was a month during which various cross currents were at play. These included:

The US stock market made further progress with the broad-based S&P 500 rising 2.4% during July, ahead of the Dow Jones Industrial Average’s 1.3% gain. The main European and UK indices were little changed but like all the major US indices have provided double digit gains year-to-date. The Nikkei slipped 5% and is only 0.2% up for the year so far.

In the UK, the nervously anticipated Freedom Day on 19 July went ahead despite the rise in delta variant-related infections. Prime Minister Boris Johnson defined the opening as a move away from legal restrictions to personal responsibility.

So far the reopening has had a favourable, but relatively muted, impact on the economy, with less movement and activity than expected – probably a result of cautious attitudes as a result of the rise in infections. Towards the end of July infections began to ease off, which bodes well for the world’s first economy to shift towards more normal activities.

Share of SARS-CoV-2 sequences that are the delta variant 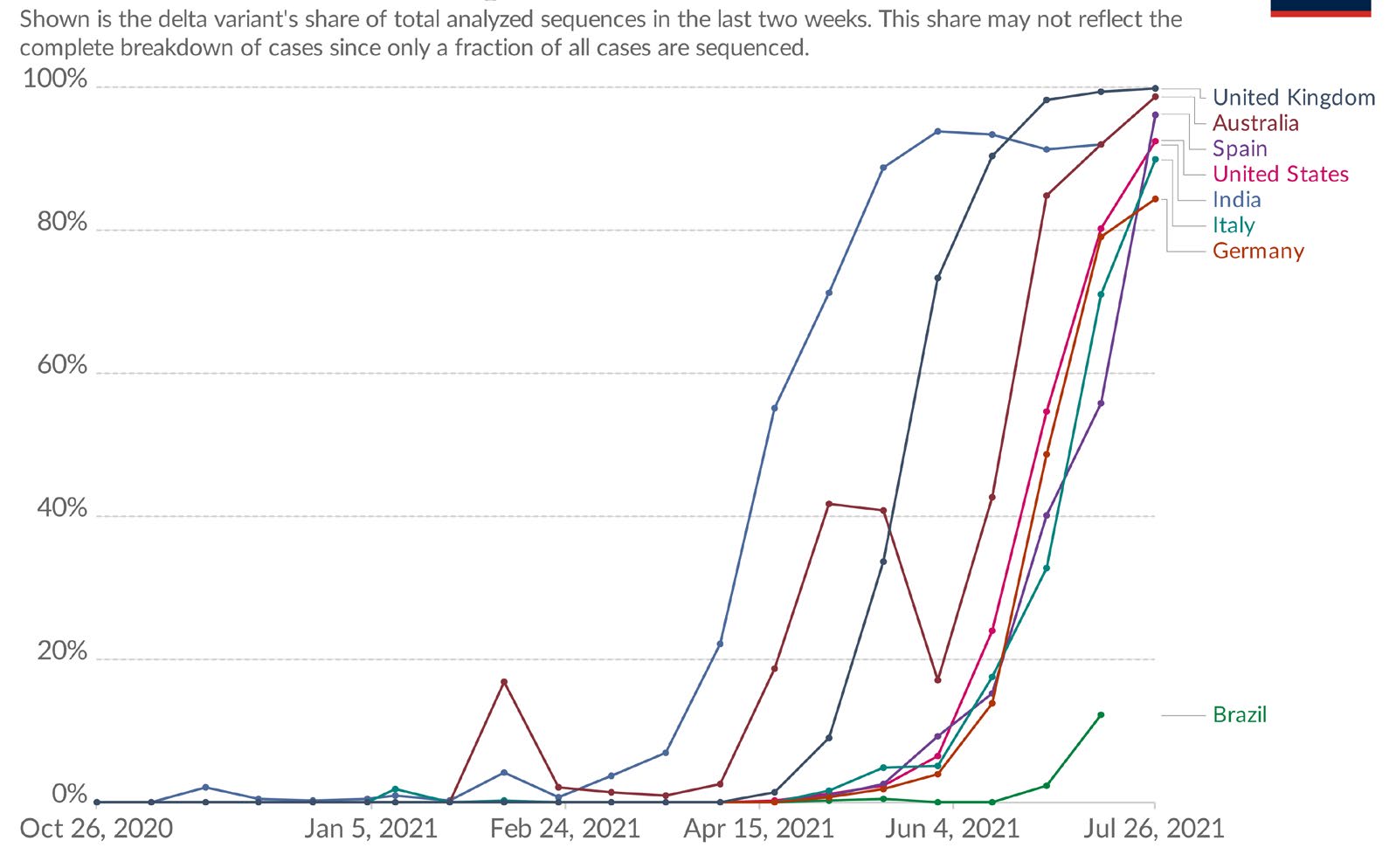 China’s CSI300 index continued to suffer from the surprising clampdown on     technology     companies,     with the government citing data privacy concerns. Sentiment was also hit by the announcement of a complete regulatory overview of the $100bn online education industry, a sector that has attracted significant interest from foreign investors. Another favourite, Tencent saw its share price sell off by 9% in its worst day in a decade, erasing $100 billion from its market value. Others hurt in the sell-off were Meituan, a food delivery firm, which lost 18% in one day, and Alibaba which continues to fall.

The government is exploring various measures to contain the rapid expansion in these technology companies, including anti-monopoly investigations, new laws and direct communications with top executives.

Of most concern to foreign investors is that the Chinese government’s surprising and far-reaching shifts in market regulation highlights that they are more concerned about managing the capital markets than scaring off foreign investors.

Of most concern to foreign investors is that the Chinese government’s surprising and far-reaching shifts in market regulations suggests that they are more concerned about managing the capital markets than scaring off foreign investors.

However, this sector has suffered from sharp reversals in the past and recovered strongly. Valuations are no higher than those of US counterparts despite growth trends and prospects remaining stronger while anticipation of monetary easing in China (which should be supportive) is growing. 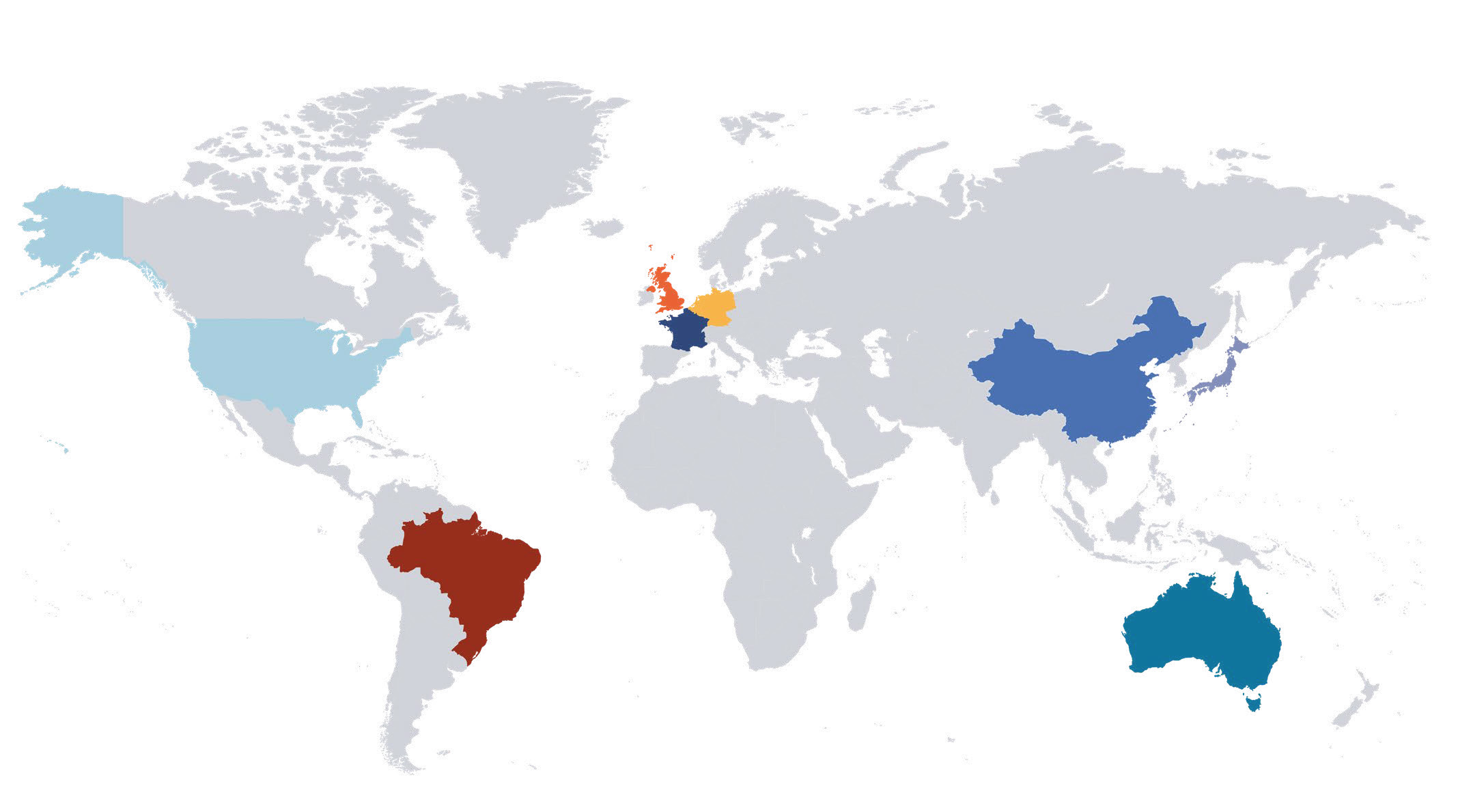